Kutná Hora, a town one hour outside Prague by train, was our final destination before heading for Vienna. We disembarked to a rather run-down train station and an eerie Soviet-era suburbia. The town itself is a few kilometres away from the train station, following a road lined with dilapidated schools and rather grungy night clubs. Formerly a silver mining town, it was historically one of Prague’s economic competitors. Today, its town centre is a UNESCO world heritage site due to its beautiful buildings, such as St. Barbara Cathedral, as well as the reasons we are here on this sunny summer day: the Sedlec Ossuary and the Cathedral of Our Lady.

The world-famous Sedlec Ossuary (Kostnice Sedlec) dates back to the 13th century, when the abbot of Sedlec returned from the Holy Land and sprinkled its soil onto the site of the Ossuary. The site was then considered a sacred burial site, and became extremely popular. During the bubonic plague and Hussite wars, the burial ground was further expanded. It was in the 16th century when a half-blind Cistercian monk took upon himself to deposit the bones into a chapel, and today this results in the remains of over 40,000 people arranged into bells, coat of arms, and a striking central chandelier in the chapel. 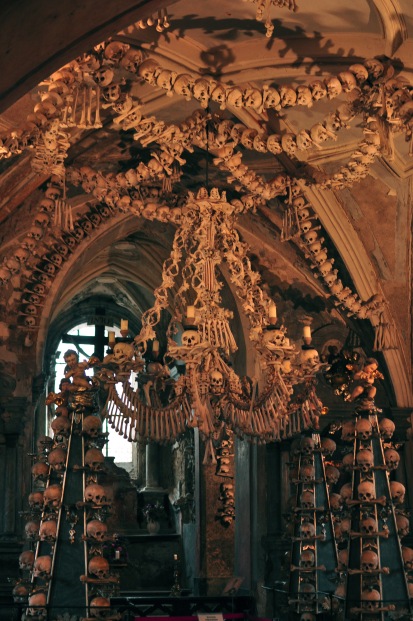 The morbid structures are preserved to this day, though they are strictly off limits for tourists to touch, and are in fact caged within alarm-fitted fences. The outside is unspectacular, and barely prepares you for what lies within, but for the foreboding cemetery that surrounds the chapel. Entering the Ossuary early, the eerie anticipation of human remains envelopes the entire chapel. If you are early enough, and avoid the hordes of tourists which come later during the day, the only noise within is your own footsteps, as though the bones dampened any outside sound. The bones themselves look well-preserved – almost too well-preserved for centuries-old femurs and crania. The structures are nonetheless impressive, and must have taken months if not years to assemble.

The eeriness only lasted so long. Sedlec Ossuary is, of course, a well-visited tourist destination, and it was barely an hour before a tour bus rolled up to the chapel and students poured into the modestly sized chapel. Departing the ossuary for some much-needed quiet, we moved just across the street from the ossuary to the Cathedral of Our Lady. The cathedral was part of the former Cistercian monastery in Kutná Hora, but was burnt down by Hussites in the 15th century. While it is undoubtedly Gothic and was fully rebuilt in the 1700s, the cream yellow interior is in stark contrast of other examples of Gothic architecture. 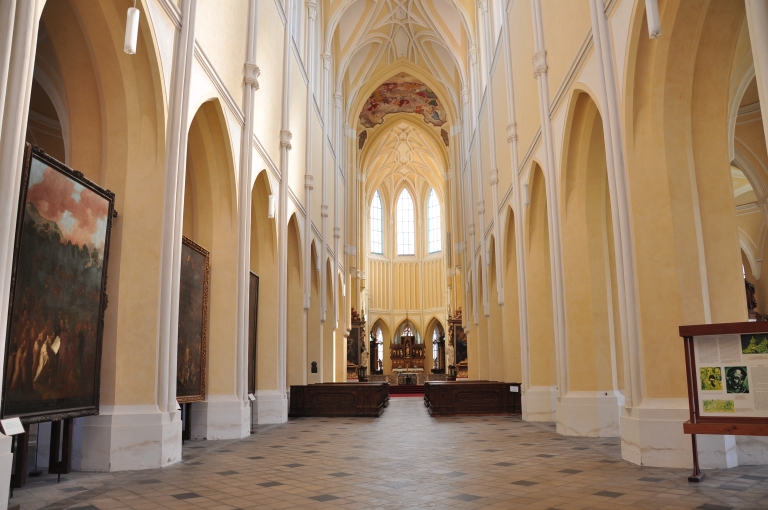 The cathedral has little in the way of stained glass and darkened, musty wood, but it does compensate for the rather modern and minimalist interior by displaying some of the oldest works of art in the Czech Republic, mostly depicting biblical scenes. The interior is meticulously designed by the Baroque architect Jan Santini Aichel, and features spiral staircases and high arches, also unusual for a cathedral.

Visitors also have the rare opportunity to visit the choir, normally off limits to visitors in a cathedral of this scale. The choir was directly above the entrance of the cathedral and offers a view of the interior in its entirety. It was accessible via a mysterious and dim wooden loft, with hints of summer sunlight puncturing cracks in the wood, illuminating the years-old dust drifting through the air. 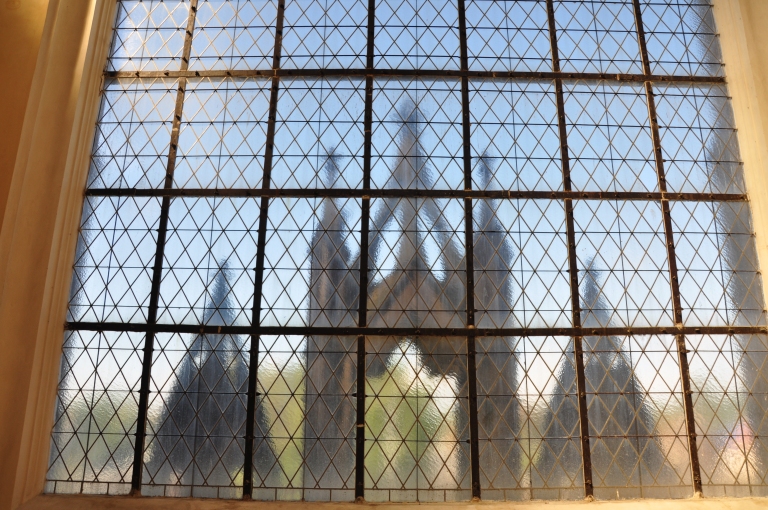 We returned to Prague, rolling along the cobblestoned streets and tarmac highways towards the main train station, Prague Hlvani, in an Uber driven by a young man in baggy basketball shorts listening to Czech hip-hop. As he drops us off at the classic Art Nouveau concourse of the early 1900s, the perfect embodiment of Prague crystallises before us: a melange of youth and history, of indulgence and opulence, a vibrant metropolitan city with a decorated history.

Naplavka: with its vibrant Sunday market and dusk-til-late buzzing nightlife, Naplavka is the place to be for many locals. As the sun sets on a summer day, the riverfront promenade transforms into a lively neighbourhood, giving the opportunity to mingle with locals amid a backdrop of live music and Pilsner Urquell.

Vyšehrad: Vyšehrad, located a bit further away from the Old Town, contains one of Prague’s oldest known buildings, the Rotunda of St Martin. It houses a castle containing the Basilica of St. Peter and St. Paul, as well as the Vyšehrad cemetery, where many famous Czechs are buried. It is thought that Vyšehrad was the location of the first settlement which expanded into Prague.

Český Krumlov: a beautiful town on the Vltava River. Medieval buildings in Český Krumlov are well maintained, and its town centre is a UNESCO World Heritage site. The Castle in Český Krumlov is the second largest in the Czech Republic, but the town itself is worth visiting just for the view alone.