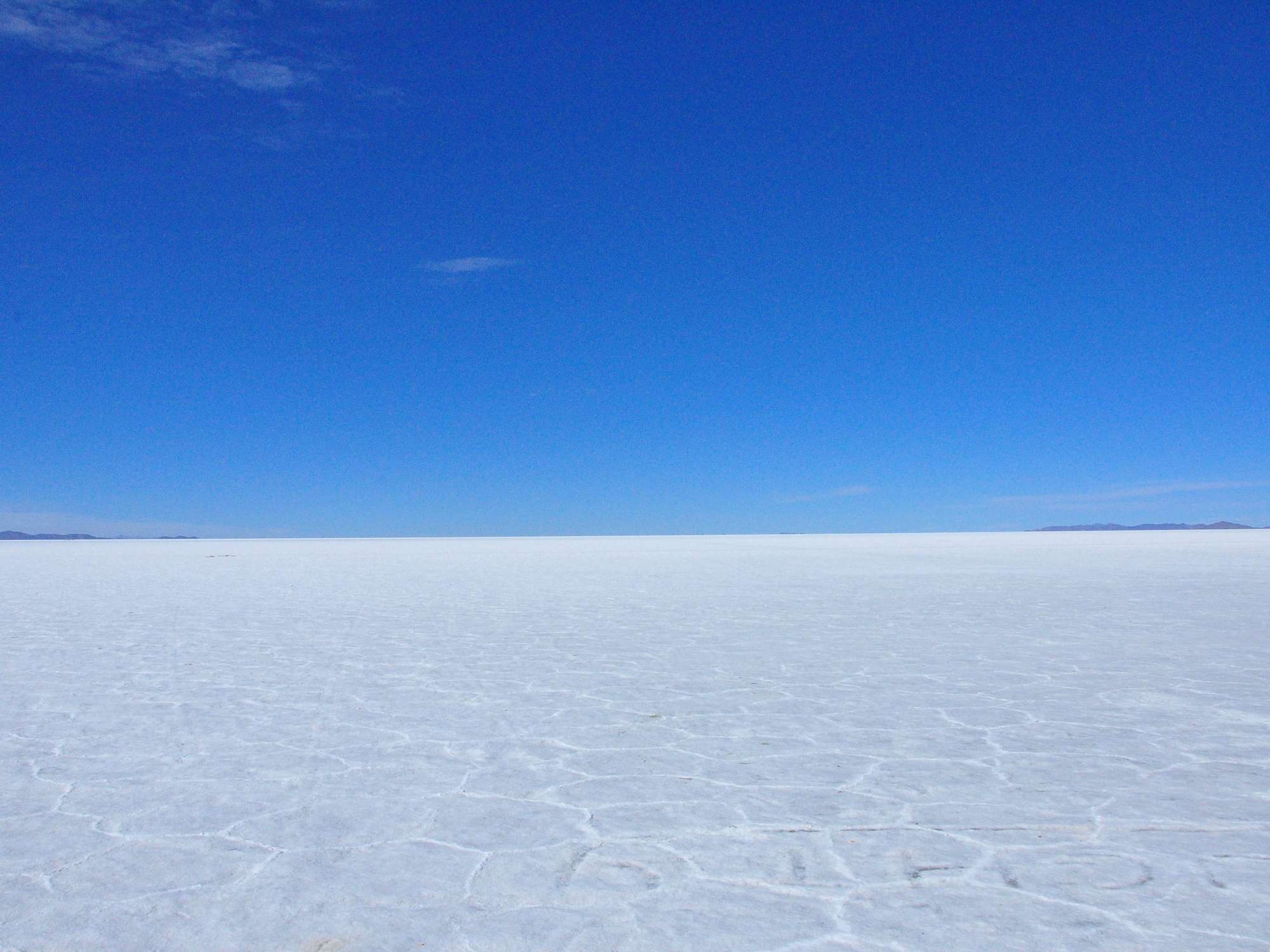 The final day of our tour started as we sleepily boarded our 4×4s in the dark at 5 a.m. The sandy gravel of the desert gradually transformed into crystalline salt, crunching underneath our tyres as the jeeps relentlessly rolled along. We had finally bid farewell to the Altiplano desert, entering the immense Salar de Uyuni. While we departed the hostel with several other tour groups, the noises from other engines soon grew distant as our jeeps parted ways.

After finding an unobstructed view of the horizon, our vehicles came to a halt and we watched the sun rise over the salt flats.

Soaking in the serenity of the sunrise, we advanced to the nearby Incahuasi Island, the remnants of a prehistoric submerged volcano in the centre of the Salar. The island is also a centre of religious significance, especially during the summer solstice, when massive festivities on the island attract surrounding locals. During these festivities, various tributes and sacrifices are made to Pachamama (Mother Earth), seeking her blessing.

We climbed Incahausi Island as the sun rose over the Salar, accompanied by the resident dog Luna, who ascends to the summit with the first tourist and descends with the last.

By the time we descended the island, bidding our farewell to Luna, morning had well and truly broken. The overcast evaporated to reveal an azure sky and the brilliant sun. We ventured even deeper into the lifeless Salar.

The Salar is stunning. Nothing quite prepares you for the interminable whiteness of the largest salt flat int he world. The lack of any drainage outlets meant that the salt remained after evaporation of the large prehistoric lagoon, forming satisfyingly regular hexagonal honeycombs.

With no visible point of reference, cruising along the Salar was disorienting and almost hallucinogenic. In a region where even GPS does not function properly, it was a minor miracle that our drivers had an intuitive sense of our direction of travel.

The salt flats become even more incredible when it rains. Several centimetres of rain suffice to transform the salt flats into the world’s largest mirror, with its near-perfect flatness giving rise to incredible reflections of the surrounding mountains. We were unlucky to travel through the Salar during the dry season, preventing us from observing the famed mirror effect.

After a gruelling brainstorm session of photo ideas, and what felt like hours setting up for the photos, we were again on our way. On the edge of the Salar, we stopped for our farewell lunch and a brief shopping detour in a street market.

Finally reaching paved roads, we journeyed towards Uyuni, a small and frankly unclean town bordering the Salar. The amount of rubbish we saw on the streets was in stark contrast to the untainted purity of the Salar and the surrounding lagoons. We finally finished our tour with a visit to the Cemeterio de Trenes (cemetery of trains), an area with numerous rusted locomotives, together forming a steampunk dream.

Returning to Uyuni, we bid farewell to our guides, and left for hectic and bustling La Paz the same afternoon.

The Bolivian Altiplano is home to some of the most incredible natural attractions on the planet, and we were sad to leave the amazing scenery behind. Unencumbered by worldly troubles and devoid of tourist encounters, the high plains afford the rare chance to truly immerse in the natural backdrop. Departing Uyuni, we are about to swap natural beauty for the hustle and bustle awaiting us in La Paz.